Thursday, August 23rd — psych, experimental and shoegaze bands on both inside & outside stages at Cheer Up Charlies with Kay Odyssey, The Diamond Center, Nolan Potter’s Nightmare Band, all in the golden afternoon and Wurve (formerly Teevee)! ♥

The Diamond Center
https://thediamondcenter.bandcamp.com/
At the core of this group are Kyle Harris and Brandi Price, who came together in 2007 and have since amassed quite a roster of friends and collaborators. The nomadic pair share songwriting duties, informed not only by their travels but also by their roots: both are Southerners raised strictly on oldies radio. Crystals is the couple’s veritable lovechild—completely and transparently a product of their stories, combining country sensibility with fringe style. – THRD COAST

All in the Golden Afternoon
https://allinthegoldenafternoon.bandcamp.com/
Bound to draw at least superficial comparison with the likes of Mazzy Star, Damon and Naomi, even latter day Broadcast. However, make no mistake, this has both an instant & enduring charm of its own & stands favourable in comparison -Terrascope UK 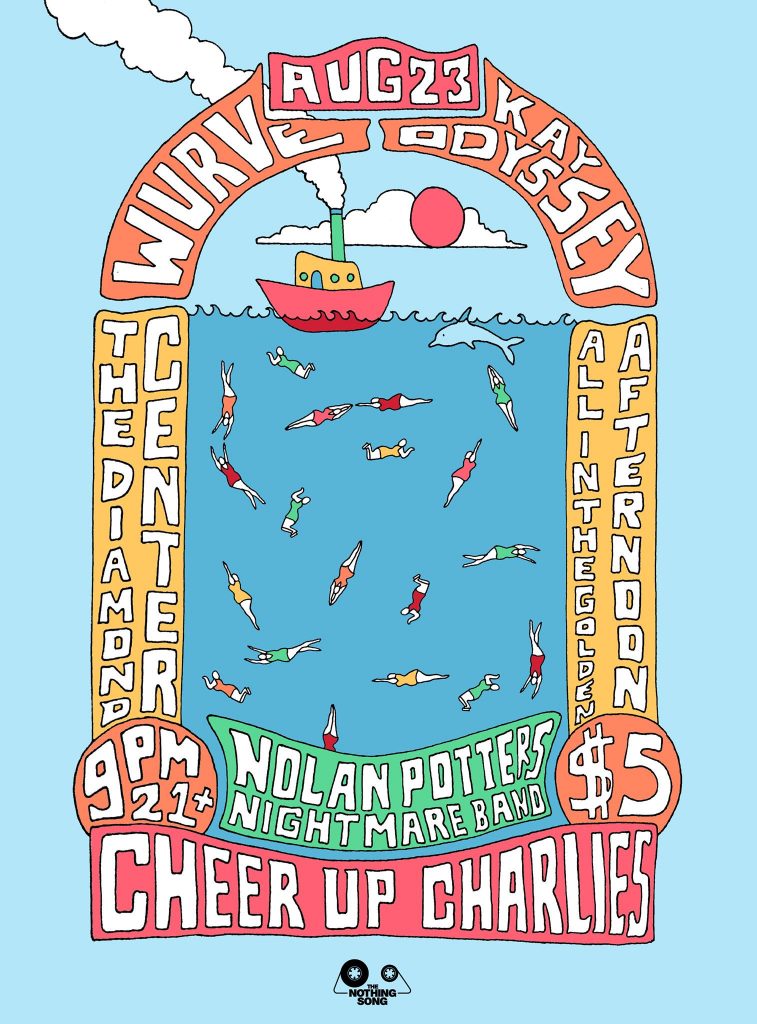