Swan Dive w/ the Angelus, My Education and The Human Circuit

The Human Circuit
The Human Circuit is an Alt-Pop, Psych-Rock band from Austin, Texas with catchy orchestral grooves ranging from the mystic vibes of David Bowie to the intricate arrangements of Arcade Fire.

My Education
Austin, Texas-based My Education formed in 1999 and has released eight full-length albums. The band’s newest album, Schiphol, was produced by Mike McCarthy (Spoon, Trail of Dead, Patty Griffin) at Public HiFi studios in Austin.

THE ANGELUS
Majestic sounds that build like storm systems and burst into bone-rattling sonic downpours steeped in the Southern Gothic tradition, and combining the bombast of post-rock, the tenor of Appalachian folk, and vernacular of gospel song-craft. 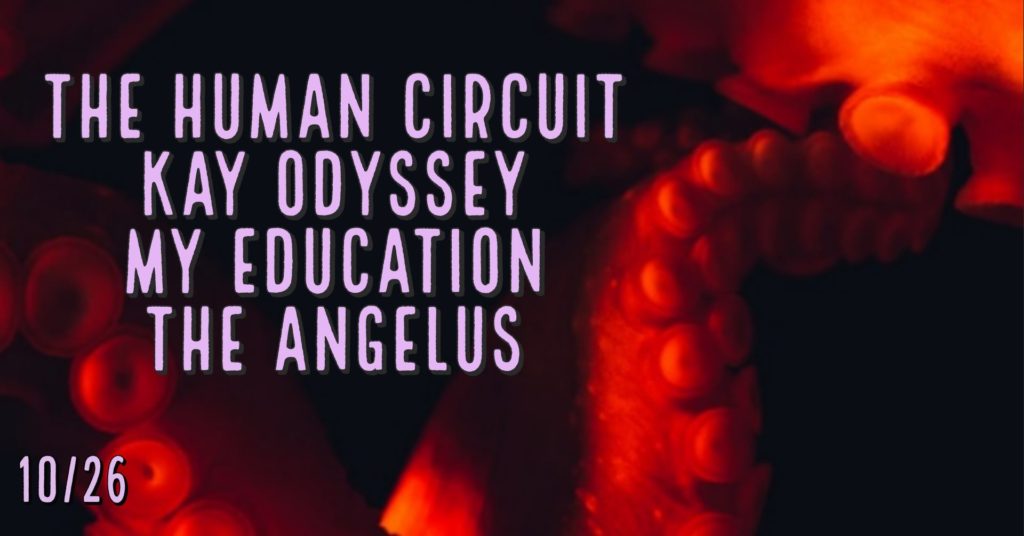